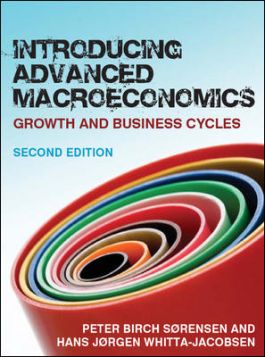 Skip to the beginning of the images gallery
Content Area

Macroeconomics for the long run and for the short run

Book One: The Long Run
Some Facts about Prosperity and Growth

Book Two: The Short Run
Some Facts about Business Cycles

Description
Introducing Advanced Macroeconomics: Growth and Business Cycles, 2nd edition provides students with a thorough understanding of fundamental models in macroeconomics and introduces them to methods of formal macroeconomic analysis. Split into two sections, the first half of the book focuses on macroeconomics for the long run, introducing and developing basic models of growth and structural unemployment. The second half of the book deals with the economy in the short run, focusing on the explanation of business fluctuations. This new edition retains the popular pitch and level established in the 1st edition and continues to bridge the gap between intermediate macroeconomics texts and more advanced textbooks.